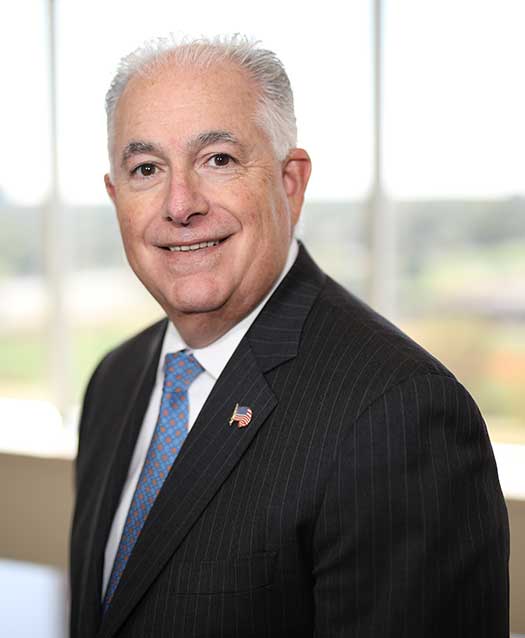 State of Connecticut in 1990

Chris J. Coschignano is a Member and Partner of the firm and has been a practicing attorney since 1990. He concentrates his practice in the areas of zoning and land use planning, real estate law and transactions, municipal and legislative law, economic development and industrial development agency law, advanced litigation in state and federal courts, and matrimonial and family law. He has handled some of the most complex zoning and land use planning projects on Long Island, and he and his projects have been recognized by multiple organizations for smart growth and proper planning objectives. Additionally, he is well-versed in municipal benefits and industrial development agency (IDA) law, thus allowing his clients the additional means of government economic development support, as well as the ability to create public-private partnerships. Mr. Coschignano has also handled every aspect of commercial and residential real property contracts, as well as some of largest and most complex transactions on Long Island.

Mr. Coschignano served as a Councilman with the Town of Oyster Bay, from his election in 2001 until 2017. Prior to that, he was appointed in 1995 to serve as Counsel to the Zoning Board of Appeals of the Town of Oyster Bay to oversee the operations and exclusively handle all municipal litigation involving the agency. Mr. Coschignano also presently serves as Counsel to the Republican Commissioner at the Nassau County Board of Elections. In all, Mr. Coschignano has served for over 25 years in various municipal capacities, and this experience and wealth of knowledge complements his practice areas.

Mr. Coschignano is involved in many charitable and non-profit organizations. He is a member of the Board of Governors of the Touro Law Center, where in 2016, he established the Chris J. Coschignano & Sahn Ward Braff Koblenz Coschignano, PLLC Scholarship, given annually to a second-year law student who is interested in practicing in the area of land use and real estate law. In 2019, he was selected as the Honoree of the Touro Law Center’s Annual Golf Classic, along with the Firm.

Mr. Coschignano is a parishioner at St. Edward the Confessor Church, where he serves as a member of the Parish Council and Finance Committee. He also co-founded the Church’s Annual Summer Festival, and he has served the Parish in various ministries since 1995. In 2014, he was also honored at St. Edward School’s 15th Annual Golf and Tennis Classic, for his ongoing commitment and involvement in the school and to Catholic education in general. Mr. Coschignano also volunteers his time to coach children in Pride in Athletics for Life (P.A.L.) Ice Hockey, where he also serves as a member of the Board of Directors. He is also a long-standing member of both the Knights of Columbus and the Sons of Italy.

In 2018, Mr. Coschignano was again selected to the list of New York Metro Super Lawyers in the practice area of Land Use and Zoning. In February 2015, he received the Keith Romaine Elected Official of the Year Award from Touro College Jacob D. Fuchsberg Law Center. The award is named for the late Brookhaven Town Councilman and Touro Law graduate. In May 2015, the Touro Law Center also honored Mr. Coschignano as its “Alumni of the Month.” He also received the Long Island Business News Around 50 Award in November 2015. In 2014, he was honored with the Lt. Det. Joseph Petrosino Association Inc. Award for his work as Town Councilman. In 2012, he received the Long Island Business News Leadership in Law Award.

Mr. Coschignano is a member of the American, New York State and Nassau County Bar Associations and the Nassau Lawyers’ and the Columbian Lawyers’ Associations. Mr. Coschignano was admitted to practice law in the State of New York and the State of Connecticut in 1990. He received his undergraduate degree from St. John’s University (B.S.), and his law degree from Jacob D. Fuchsberg Law Center at Touro College (J.D.).